Through the heart of the brewery 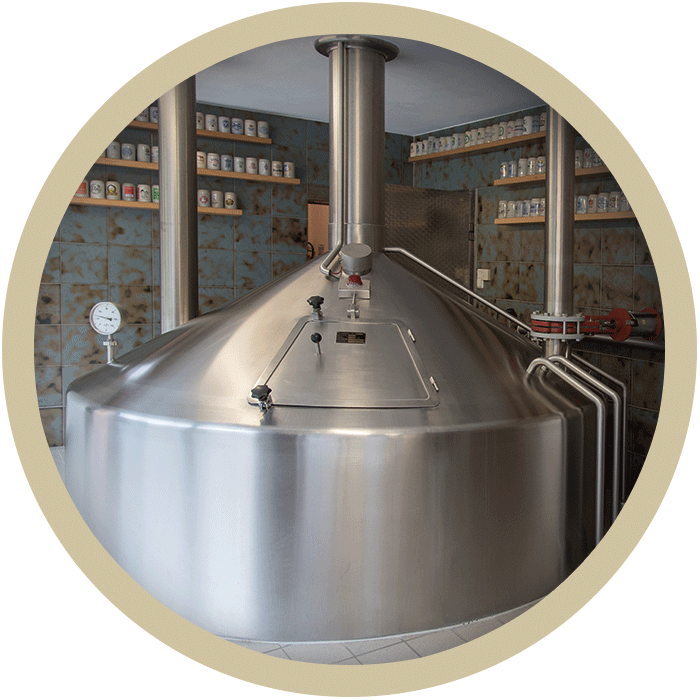 The malt grist is mixed with the brewing water in the mash tun. The mash is then gradually heated. It is intensively mixed for almost three hours so that the malt components, which are otherwise difficult to dissolve, dissolve.
The solid components (draff) are then separated from the wort in the lauter tun. This is then boiled for two hours with the addition of hops. Water evaporates until the desired original wort is reached. The more malt you add, the stronger the beer becomes. About 17 kg of malt are required for 100 liters of beer. A wort with 12.5% original wort results in a beer with around 5 vol.% Alc.

After boiling, the wort is clarified and cooled: To do this, it is pumped tangentially into the whirlpool at high speed. This causes the entire contents to rotate, forcing the coarse solids in the center of the spa to form a compact cone of lees.
The wort is then cooled to 6°C using plate coolers, aerated and the yeast added.
During cooling, hot water is produced in counterflow, which is stored for the next brew. 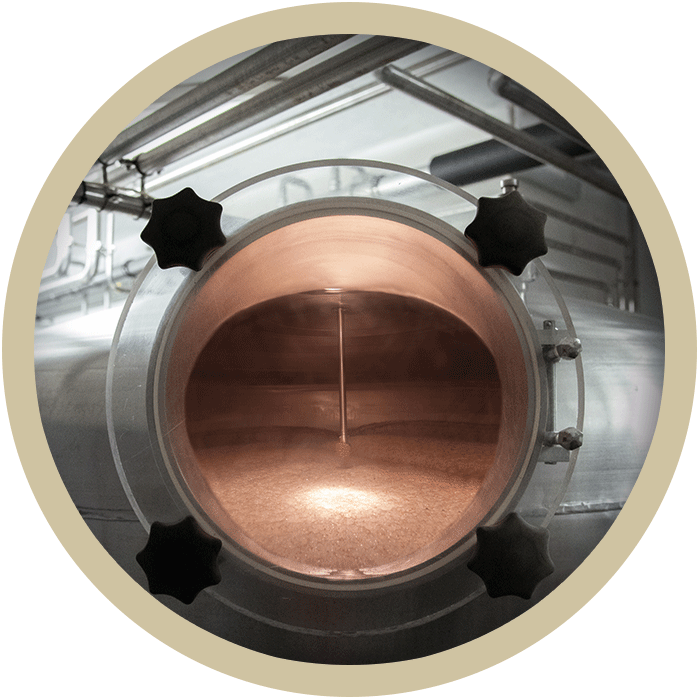 After adding the yeast, fermentation begins. For 100 liters of beer, about 0.5 liters of thick yeast are added. This corresponds to about 15-20 billion yeast cells per liter!

With bottom-fermenting yeast, fermentation lasts one week at 10°C, top fermentation takes place at 22°C and lasts 3 days.
After just 24 hours, a compact layer of foam, the so-called ruffles, has formed, into which base components are separated. The yeast breaks down the malt extract into alcohol and carbonic acid. This also generates heat and the young beer has to be cooled.

The taste of the beer is determined by the choice of yeast strain, the temperature profile, the oxygen content and the amount of yeast added.

Four fermentation tanks, each with 5,000 liters and two vats, each with 7,000 liters, are constantly occupied during the summer months. 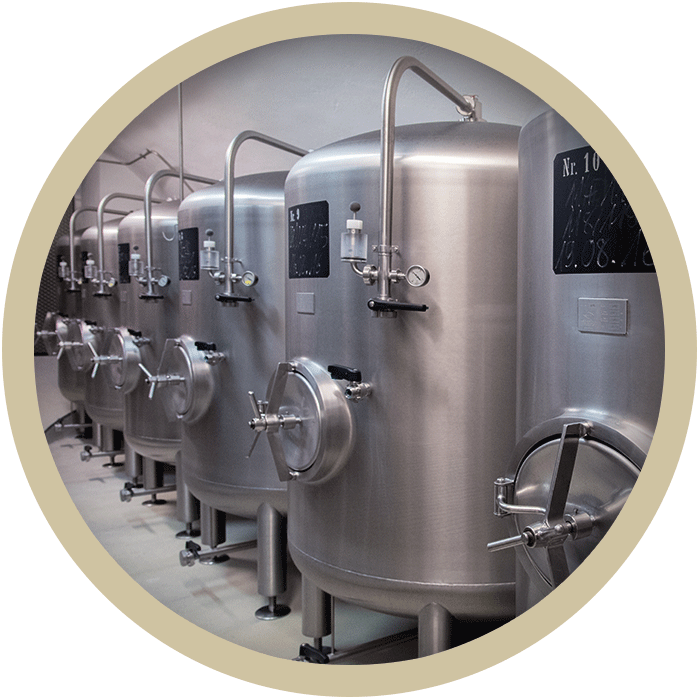 The fermentation is followed by the maturation of the beer.
Optimum storage temperature is 0°C.
The storage tanks are under pressure. This naturally enriches the beer with the resulting carbon dioxide. The greater the pressure, the more sparkling the beer. The master brewer says a review!
Most of the yeast settles out through sedimentation. However, a small proportion remains in the beer and produces a fine yeast cloudiness.
The beer has to mature for four to six weeks.
The Christmas goat is even stored for a quarter of a year!

Until 1954 only snow and ice was used for cooling:
For this purpose, the oak storage barrels were packed with snow and ice during the winter months.
The snow stayed in the underground vaulted cellars until the late summer months.
So cold beer could also be served on warm days.

For more details, take a look at our story to!

On average, 1000 hl of beer mature here in peace and quiet to taste perfection. 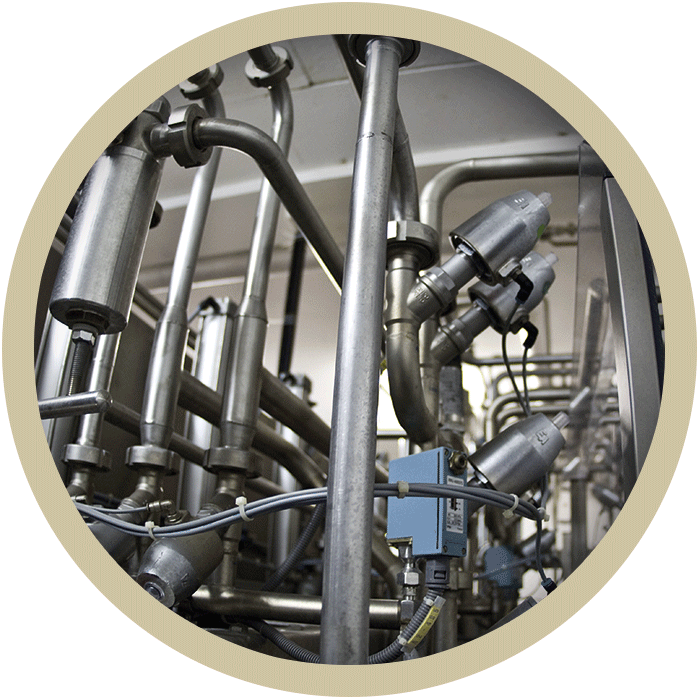 Directly from the storage tank, without any further treatment, the beer goes to the filler under pressure. This overpressure is necessary so that the carbon dioxide in the beer is not released and the beer foams.
In this way, the beer is gently poured into the kegs.

In front of the filler, the beer can be examined again at the inspection glass.

Belly barrels with Bavarian tapping (party barrels) are still being filled for private use.

Since 1998, KEG barrels have also been in use for the gastronomic and party sectors.

Depending on your thirst, different keg sizes are available.
Under bottling find out more.