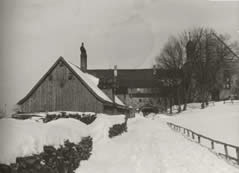 Monastery with brewery in the foreground

On the 928 m high Kreuzberg in the Rhön, a monastery was built by the Franciscans in 1692 at the already existing place of pilgrimage. To this day, pilgrimage is the most important task of the monastery.
The scenic location and the advanced motorization have contributed to the fact that the Kreuzberg has developed into a popular destination, from which the monastery was also able to benefit.

As early as 1901, the later Cardinal Faulhaber wrote in the guest book with the comment: “An endless procession came up the Kreuzberg, some to the church, others to the inn.” And this train has not been demolished to this day.

There are currently three Franciscans living in the convent. The practical work in the brewery, tavern and hotel business is carried out by around 75 secular employees.

Since the Franciscans are among the mendicant orders, great importance is attached to the fact that the convent and the economy do not form an economic unit.

The prices in the tavern are popular. The profits generated are made available again for modernization and expansion investments. In addition, the German Franciscan Province, as the sole shareholder of Franziskaner Klosterbetriebe GmbH, participates in the annual surplus of the business. 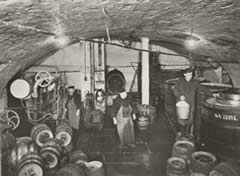 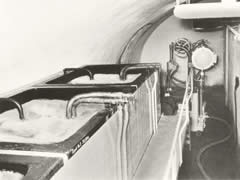 In 1731 a brewery was attached to the monastery. Ongoing investments prevented the company from being shut down. The last major renovation was completed in 2001.

During the secularization at the beginning of the 19th century, the Kreuzberg monastery got off relatively lightly. The brewery has remained in the possession of the Franciscans to this day.

In the past, beer was given to pilgrims for free. These, in turn, were not petty and deposited beer money next to the empty beer mugs. This custom lasted until about 1920. However, increasing abuse meant that the beer was only sold for a fee in the period that followed.

The annual output has increased to around 8500 hl in the last few decades and is almost exclusively filled into barrels. About a third of this ends up in the monastery tavern. The rest is sold to enthusiasts in 10 to 50 liter barrels. A small portion is given to neighboring Franciscan monasteries. For example, you can also enjoy our beer at the Engelberg monastery in Großheubach near Miltenberg.
In the brewery, five employees work on the beer production today. 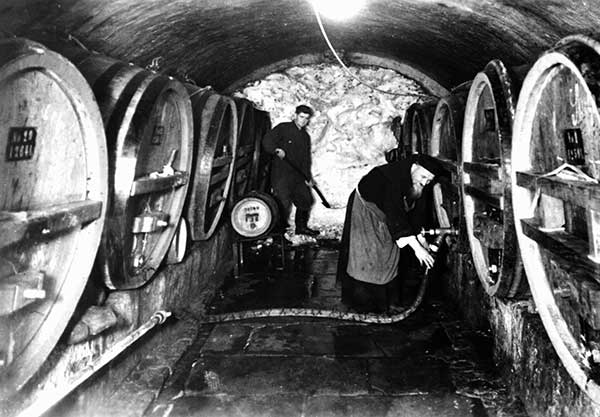